The Jive, Jim Reese’s first innings as a fictioneer, is a slick curve into the heart of the plate. Reese’s baseball tales, heavenly in their innocence, hurl us back to the days when we could still believe we were going to go D-I or get drafted by a ballpark wino who claimed he was the regional scout for the Cubs. It’s a sweet collection. – Red Shuttleworth, author of Western Settings

These stories and anecdotes dramatize the extent to which both baseball and life are games that the Jive-and perhaps most of us-cannot stop playing. Reese’s central character is equally hero and anti-hero; he is that kid with limited skills whose passion for the game is infectious. – William Kloefkorn, Nebraska State Poet

The Godfather of modern literature proclaimed that the only automatic cause for bad art is inauthenticity. If Uncle Ezra Pound was right, Jim Reese’s short stories cannot be faulted: they invoke, for better or worse, the authentic sweat, motion, agony and language of a game everyone from Pete Rose to anyone’s Uncle Ezra has called a wonderful boy’s game ruined by adults. For those who love or loathe baseball, Reese has captured the spirit of the game at that transitional moment when the boy becoming a man tries to hold on to the memory of the spark of glory inside the grand failure of sport as metaphor for life. – David Lee, Poet Laureate of Utah and the only white player to play semi professional baseball for the Negro League Post Texas Blue Stars, Lee was also a knuckleball pitcher for the South Plains Texas League Hubbers 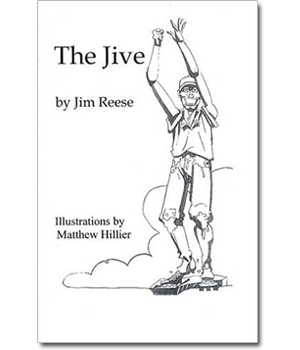